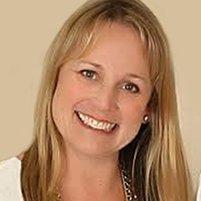 STD testing is critical for both detecting infections in their earliest stages and for preventing the spread of disease to others. At her Newport Beach, California practice, top-ranked gynecologist Dr. Karen Taylor offers confidential STD testing for patients of all ages using state-of-the-art testing methods for accurate and dependable results.

How is STD screening performed?

Most testing uses blood samples and an examination of the external genitalia to look for signs of disease, but a pelvic exam, urinalysis and sometimes other methods may also be used depending on whether or not symptoms are present.

Who should have STD testing?

Anyone who is sexually active or who has been sexually active should be tested for STDs. Many STDs cause few or very subtle signs during their early stages, which means two things: First, the disease will have a chance to progress to more advanced stages before it’s diagnosed, and second, there’s a greater likelihood the disease will be unwittingly passed on to other people. STD testing can help “catch” diseases in their earliest stages when treatment is easier while also helping to prevent the spread of the disease to other people.

How often should I be tested for STDs?

What kinds of symptoms can STDs cause?

That depends on the type of STD, how far it’s progressed and other factors. Some STDs cause very few noticeable symptoms in their early stages. When symptoms do occur, they may include:

Are all STDs curable?

Most STDs can be cured with medication, but some diseases like genital warts, herpes and HIV (human immunodeficiency virus) cannot be cured and require long-term management to keep them under control and to maintain optimal health.